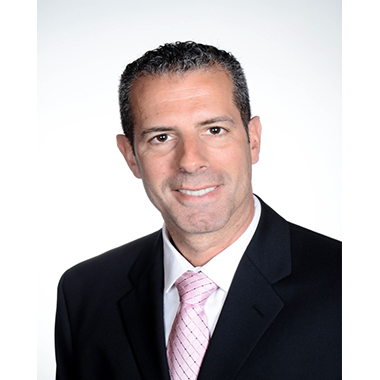 Al attended St. John’s University in Queens, NY and earned his degree in pharmacy in 1996. He began his career in retail pharmacy soon after and in 1998 opened his first retail pharmacy, which he designed and built with some help from his family and friends. He sold his pharmacy to CVS in 2001 and joined the staff at Town Total Health, a specialty pharmacy in NYC. As the company expanded, Al was selected to open and manage the Melville, NY branch.

In his new role as managing partner, Al was instrumental in creating a workflow for the branch that added departments such as intake, prior authorization, dispatch/delivery, and customer service and the branch soon became one of the most productive in the company. As he acquired more clinical knowledge and customized the delivery of care for patients with HIV and Hepatitis C, Al soon developed a reputation as a caring pharmacist who helped his patients achieve better outcomes.

Al opened Island Care Specialty Pharmacy in 2009 with a focus was on managing patients with HIV and Cancer. He applied his customized approach to patient care and soon added Hepatitis C and Chronic Inflammatory Disease to his list of pharmacy services. He learned how to assist prescribers with acquiring prior authorizations and implemented a program to alleviate this burden from their practices, which gave them more time to manage their patient’s care. He developed a team of PA specialists who now manage this process, and it has earned Island Care Specialty Pharmacy a reputation as the pharmacy to turn to for a quick turn around and approval of prior authorizations for specialty medications.

Al is a preceptor to several pharmacy schools including St. John’s University, Long Island University, Albany College of Pharmacy and Health Services, and the University of Buffalo. He is an associate member of the Long Island Chapter of ANAC, and is a member of NASP, PSSNY (Long Island Pharmacists Society), and IAPAC. His interests include skiing, boating, fishing, running, playing tournament hockey and spending time with his wife Lori, and his three children Alexa, Taylor, and Lucas.

John began his career in healthcare over 25 years ago where he worked as a distribution coordinator in the Main Pharmacy at Memorial Sloan Kettering Cancer Center. His journey continued in materials management, then operations management as he took on new challenges in both hospitals and home infusion companies, eventually landing back into the pharmacy world. He worked as Director of Materials Management for Town Total Health in NYC before being recruited as Branch Manager for Apria Healthcare in College Point, NY.

John returned to specialty pharmacy, where he became a sales rep marketing the services of the pharmacy to doctors, nurses, and directly to patients by presenting at support group meetings. John’s interaction with HIV+ patients made him realize the need to provide more extensive education for clients to better manage their medications and stay healthy. He returned to school and earned an Associate’s Degree in Nursing while working part time. John applied his knowledge as a registered nurse to educate patients about the need to be more involved managing their illnesses. His presentations to patients revolved around healthy eating and living with HIV.

Island Care Specialty Pharmacy opened in 2009 with a focus was on managing patients with HIV and Cancer. As the industry evolved, they expanded their services to include medications for patients with Hepatitis C and Chronic Inflammatory Disease as well. Since 2009, their focus has always been based on better outcomes for patients managing a chronic illness and they are on the cutting edge of new technology when it comes to patient care.

John is the treasurer of the Long Island Chapter of ANAC, and is a member of NASP, PSSNY (associate member of Long Island Pharmacists Society), and IAPAC. John’s interests include fishing, traveling, cooking, and he is a self-confessed foodie, who loves to sample foods from all different cultures.